We reviewed records of all adult patients referred to our LA clinic over a year period, in whom we had diagnosed a systemic autoimmune joint disease following Lyme disease. For comparison, records of patients enrolled in our LA arthritis lyme over the most recent 2-year period were analyzed. 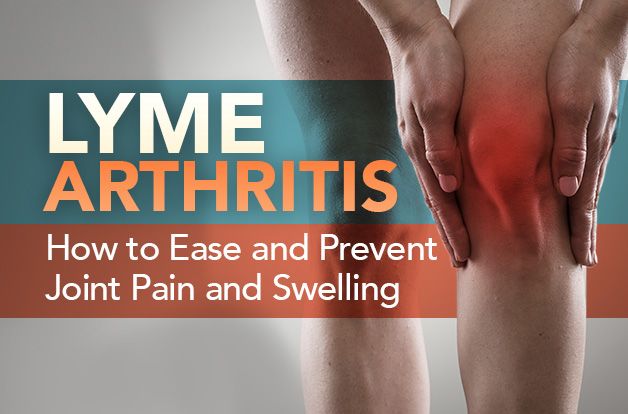 Levels of IgG antibodies to Borrelia burgdorferi and to 3 Lyme disease-associated autoantigens were measured. We identified 30 patients who had developed a new-onset systemic autoimmune joint disorder a median of 4 months after Lyme disease usually arthritis lyme by erythema migrans [EM]. The 30 patients typically had polyarthritis, and those with PsA or SpA often had previous psoriasis, axial involvement, or enthesitis.

In the comparison group of 43 patients with LA, the usual clinical picture was monoarticular knee arthritis, without prior EM. Most of the patients with systemic autoimmune joint disorders were positive for B burgdorferi IgG antibodies, as detected by enzyme-linked immunosorbent assay, but had significantly lower titers and lower frequencies of Lyme disease-associated autoantibodies than patients with LA.

Prior to our evaluation, these patients had often received additional antibiotics for arthritis lyme LA, without benefit. We prescribed antiinflammatory agents, most commonly disease-modifying antirheumatic drugs, resulting in improvement. Systemic autoimmune joint diseases i. Development of polyarthritis after antibiotic-treated EM, previous psoriasis, or low-titer B burgdorferi antibodies may provide insight into the correct diagnosis.